Originally built for French Royalty, The Wood Norton is a fine Grade II listed Victorian manor house located in the Vale of Evesham.  With easy access to Worcester, Cheltenham and Stratford-Upon-Avon, the hotel is popular with visitors to the Cotswolds wowed by its 19th Century French decorative interiors, luxurious bedroom suites and extensive grounds and formal gardens. SLOAN! Magazine is offering one lucky winner a one-night stay at The Wood Norton including dinner, bed & breakfast. Check out the October issue for more details. 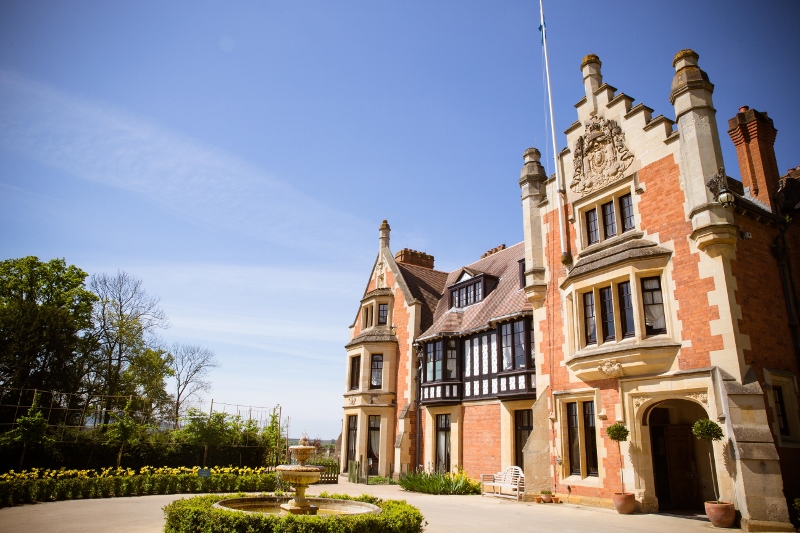 Since its official opening in late 2012, The Wood Norton has established an excellent reputation with visitors from across the UK, who are wowed by its original 19th Century French decorative interiors and luxurious bedroom suites. 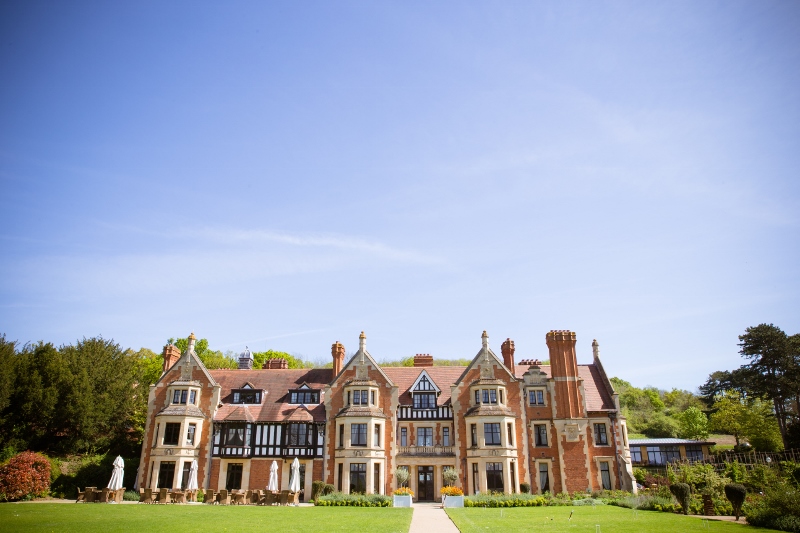 After a sound night’s sleep, we woke up in the morning, having put out Mr Polar Bear the night before. 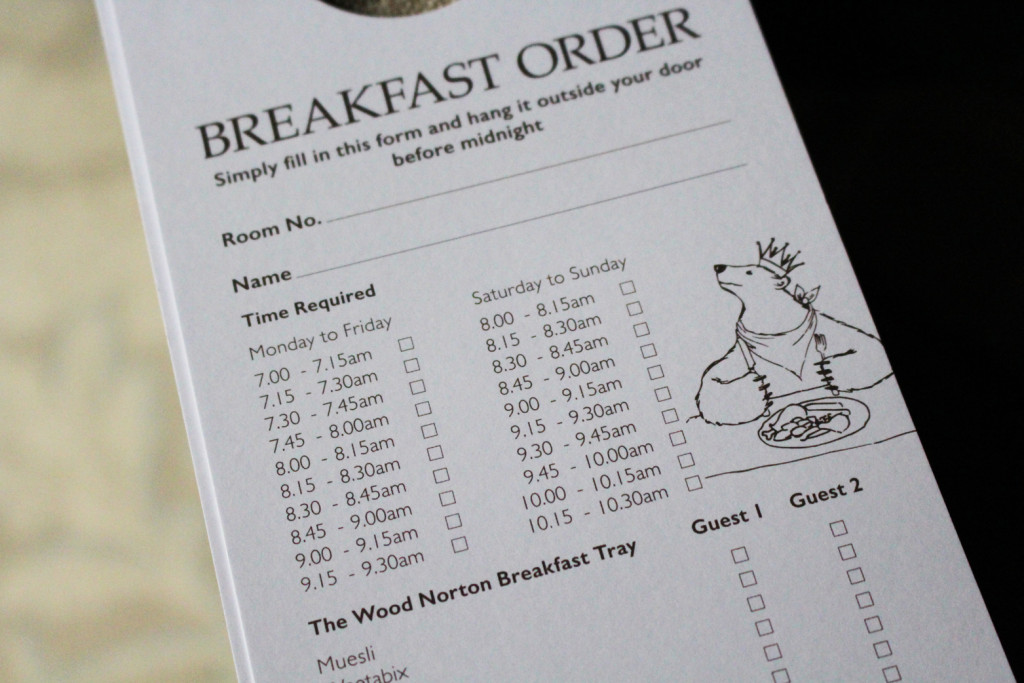 Why the polar bear… well… you might ask. The Wood Norton has paid homage to the fact that it previously homed not one but two polar bears in the old swimming pool. The eccentric but loveable previous owner had a penchant for unusual animals and by all accounts looked after a number of exotic animals as his own personal pets. For more information about this historic place and the people linked to it, you can purchase the book Wood Norton Hall – A Victorian Royal Mansion by John Richard Hodges which is full of other interesting and fun-filled facts about the history.

Mr Polar Bear had a word with The Wood Norton kitchen and a delightful breakfast appeared outside our door. 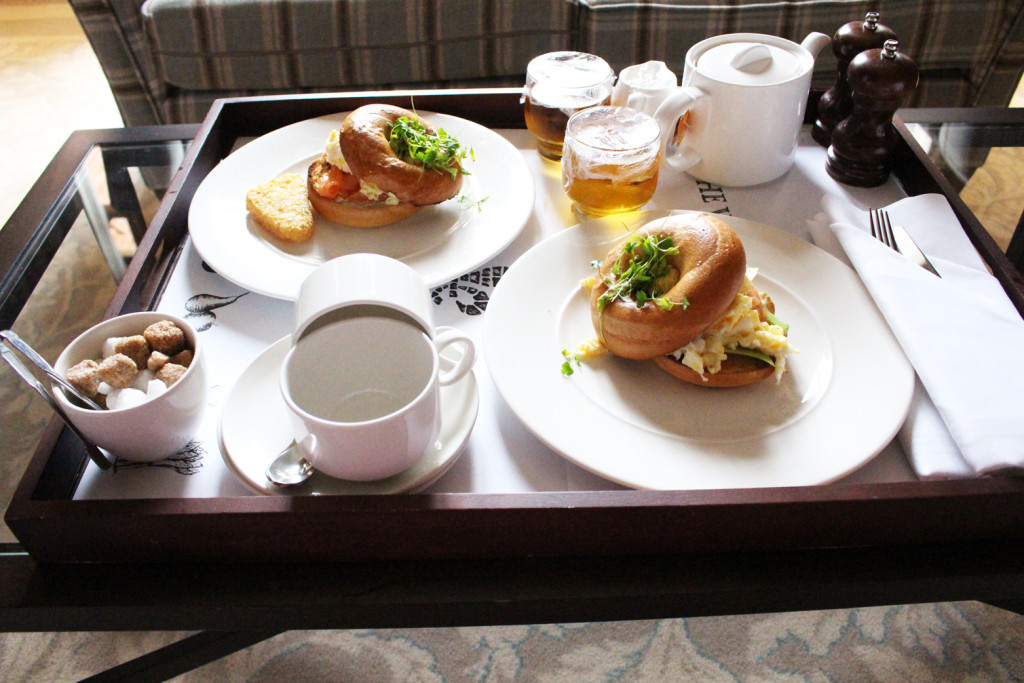 We both chose the scrambled egg bagel – a perfect way to start the day. After breakfast Red jumped in the shower which is large enough to fit a whole rugby team (notice my subtle reference to the fact I know the Rugby World Cup is around the corner!) and I played around with my camera getting ready for the day ahead. 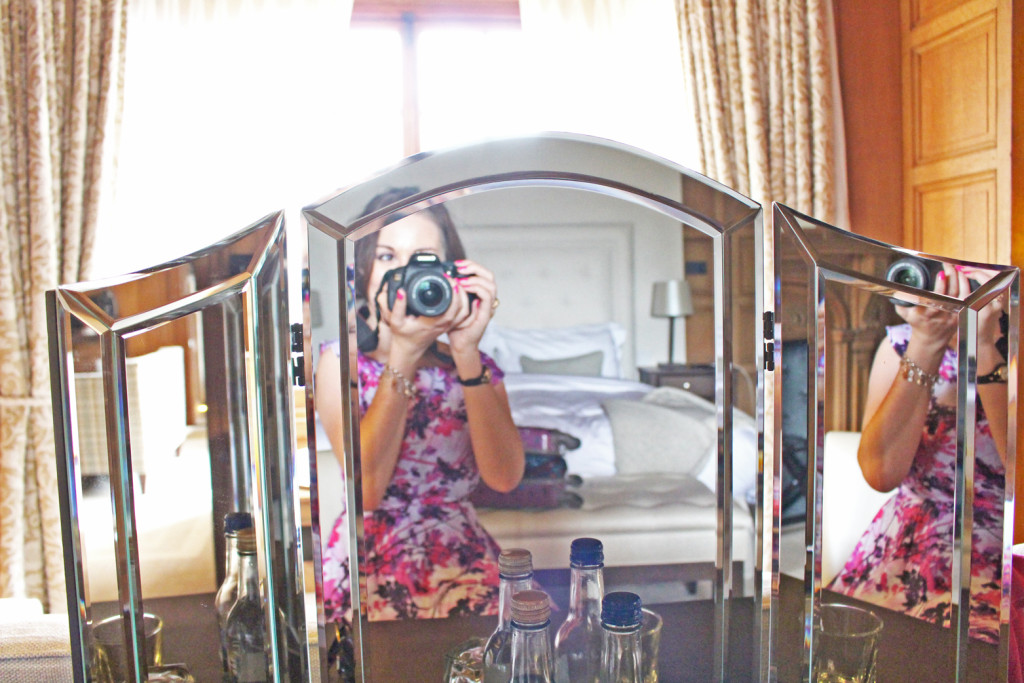 All the rooms however have their own character, take a look for yourself… 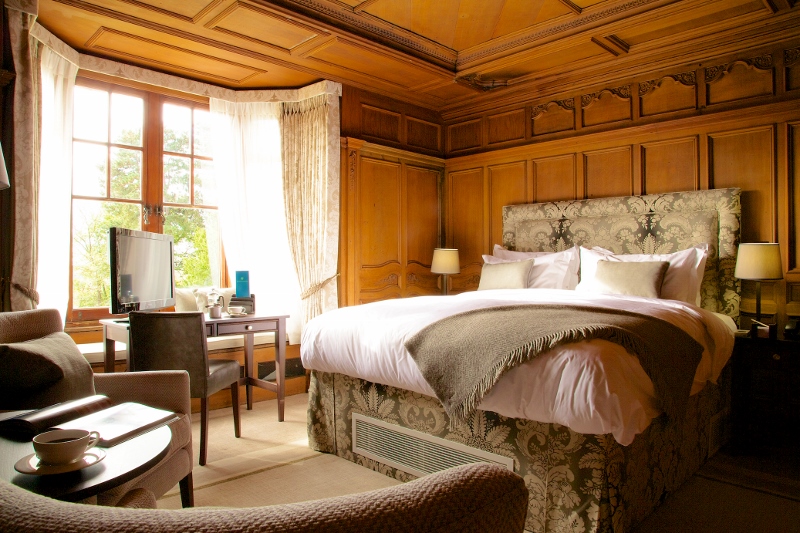 Having placed my camera down for just a minute, Red sees himself as a budding photographer and catches me enjoying the most magnificent views from our room. 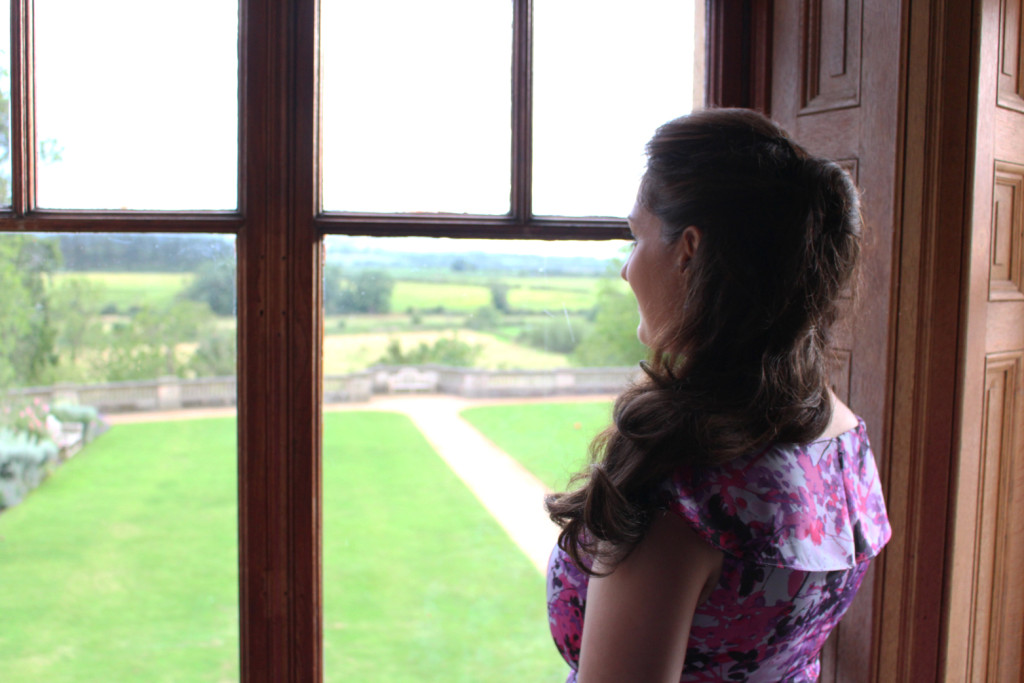 The launch of the Taittinger Terrace in June 2015 is the latest in the hotel’s £10 million development and refurbishment programme. This follows the opening of The Wood Norton’s very own orangery in early 2014, the hotel has become one of Worcestershire’s leading wedding venues and establishments for functions and corporate events. One of the most recent events had both Tattinger and BMW including an on site hot air balloon. 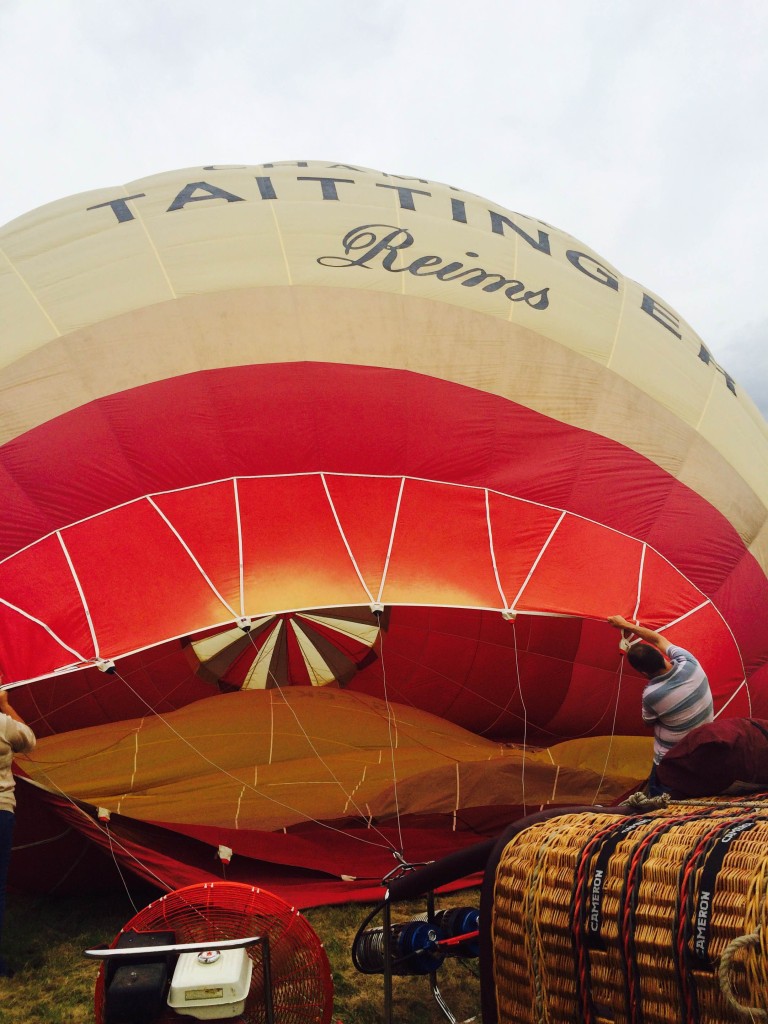 General Manager, Steven Sweeny, commented: “The Wood Norton’s new partnership with Champagne Taittinger is an extremely exciting time for us. Many local residents are unaware that The Wood Norton is as much a first class food and beverage venue as it is a quality hotel – and following the great turn out for the Taittinger event, I now look forward to welcoming everyone back in the near future for afternoon tea on the terrace, fine dining or corporate events.” 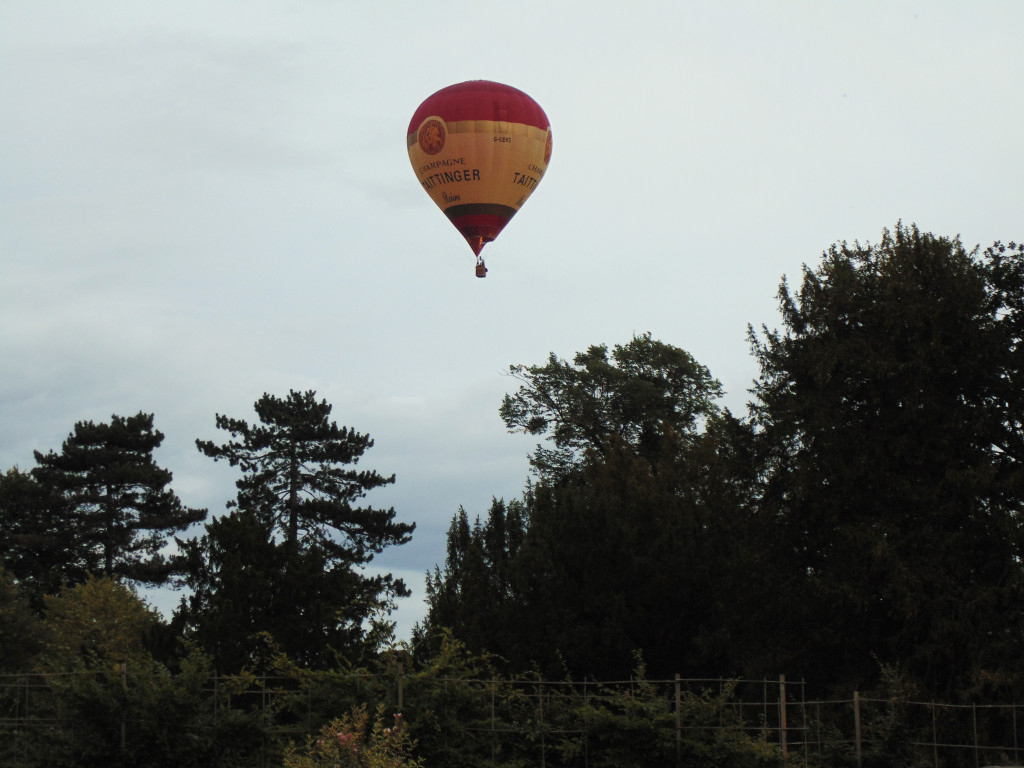 Still admiring the view from my hotel window, straight ahead I could see the rolling hills of the countryside.

But had I been able to look through the wall to my left I would have seen a present waiting for me outside, kindly arranged by The Wood Norton and Morgan. 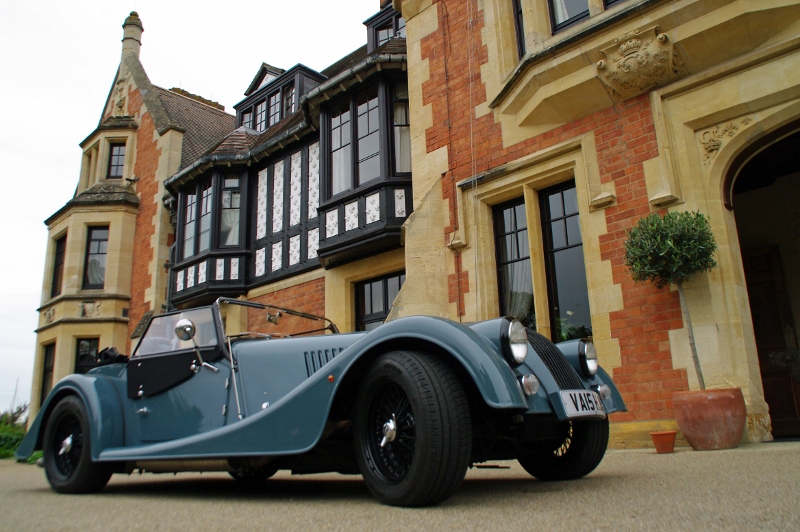 It was a Morgan V6 Roadster. 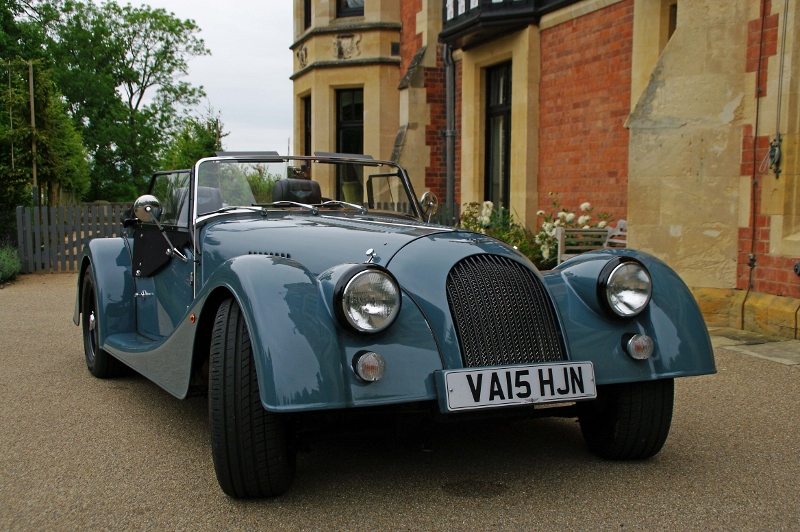 For more about our fun filled day out with the Morgan V6 Roadster, see my SloanLoves blog post. After we had toured the Gloucestershire countryside, Red and General Manager Steve took the magnificent Morgan V6 Roadster for a spin… 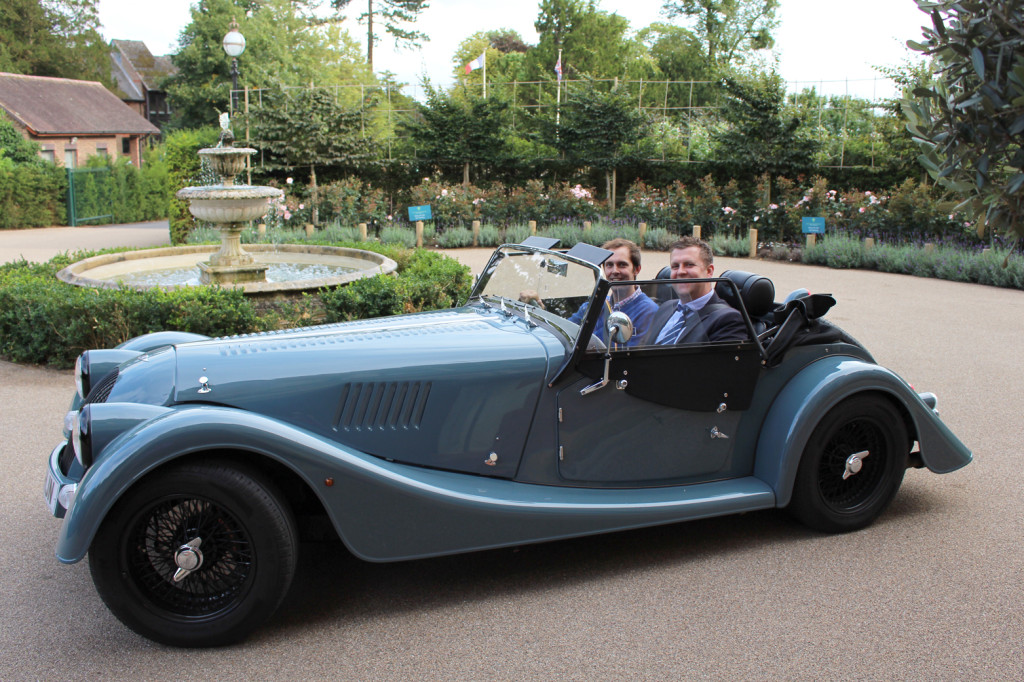 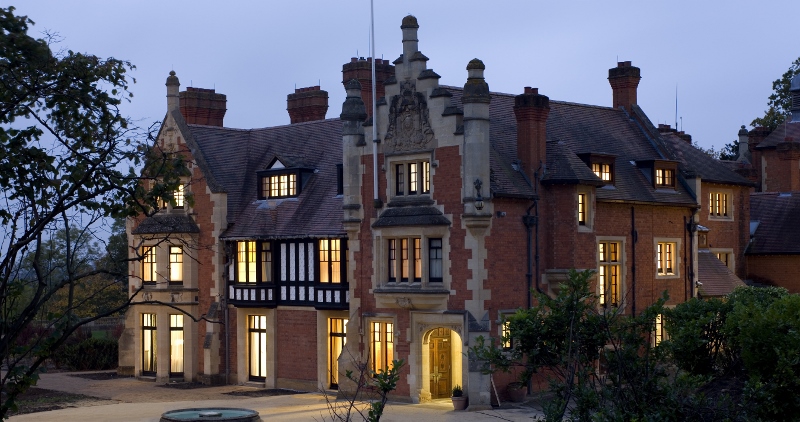 After returning from their countryside adventure we were invited to taste the delights from the restaurant at The Wood Norton. 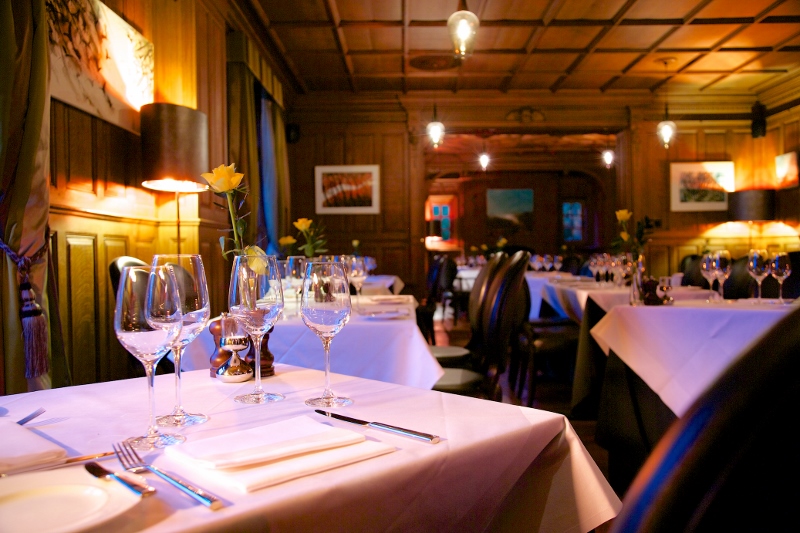 The decoration looked good enough to eat. I tried to convince Red it was an edible flower on a bed of mango fresh burst pearls. He wasn’t having any of it!

We were treated to compliments of Chef Keiran an amuse bouche of cauliflower, chervil and the chef’s secret ingredients. For someone who is not a fan of cauliflower, I was surprised at how much I loved this. It was yumminess in a cup.

To start Red choose the pigeon although commented on his trepidation that it was a Trafalgar Square pigeon up here on holiday!

I was tempted by the surf and turf, two queen scallops paired with a beautiful belly pork.

A coconut sorbet was served to cleanse the palate. Staying towards our bird theme we chose the Tasting of Duck and the Chicken Ballantine.

For those who prefer fish, a recommendation was the sole… 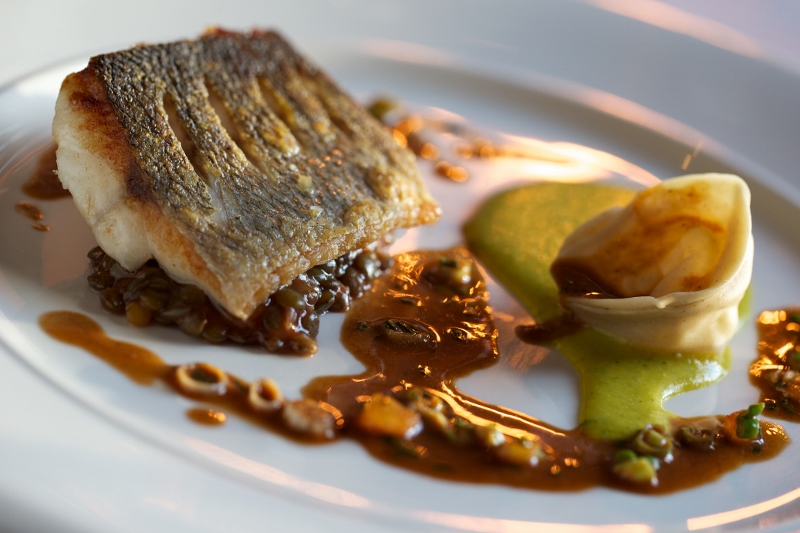 The delectable dessert menu brought us to the close of wonderful evening of culinary delights and I had the pleasure of spying the menu beforehand. We chose the Lemon Parfait with a Raspberry and Thyme Jelly and the Chocolate Tart with Pistachio Praline. I was torn between my lemony choice and the Red Velvet Cheesecake which I saw my neighbouring diner order. All the more reason to come back another night to try it.

I couldn’t resist popping out to see the Orangery at night, how romantic for those who want to get married here and mix history with a modern twist. You can see why it has won design awards. 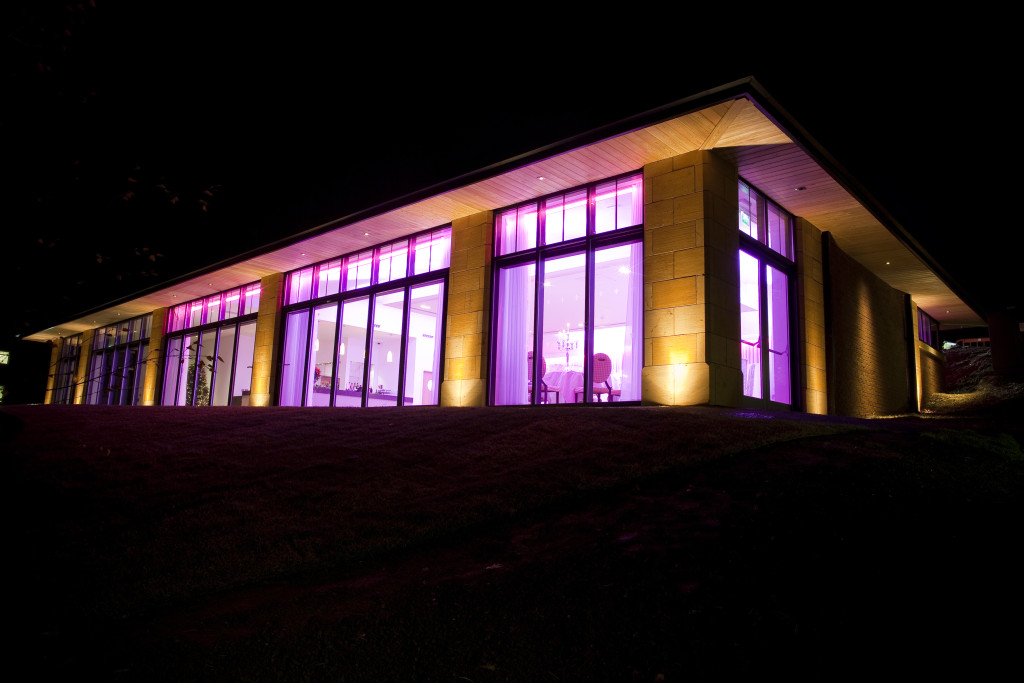 After a long day of fun and adventure, it was time to do what I am known best for in my family and that’s… run a long hot bath!

It is the perfect place to ruminate on the fascinating people and places I have encountered today. This is where my camera leaves you for the night… notice the beautiful finger panel detailing on your way out…. 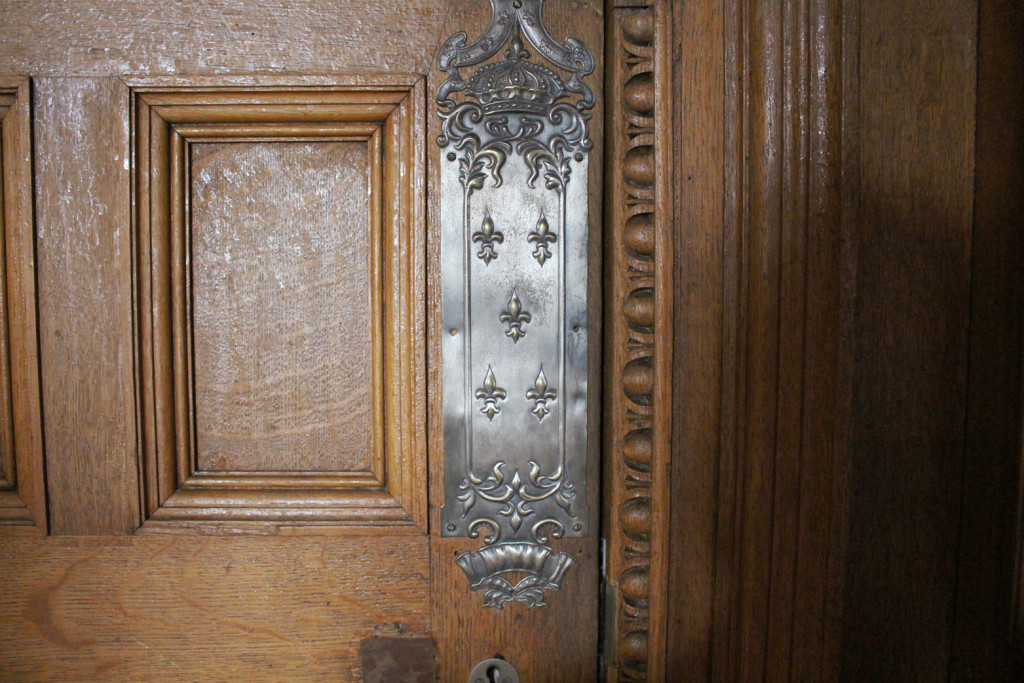 The fun and adventure didn’t stop there, the next day I took a tour of the beautiful gardens… 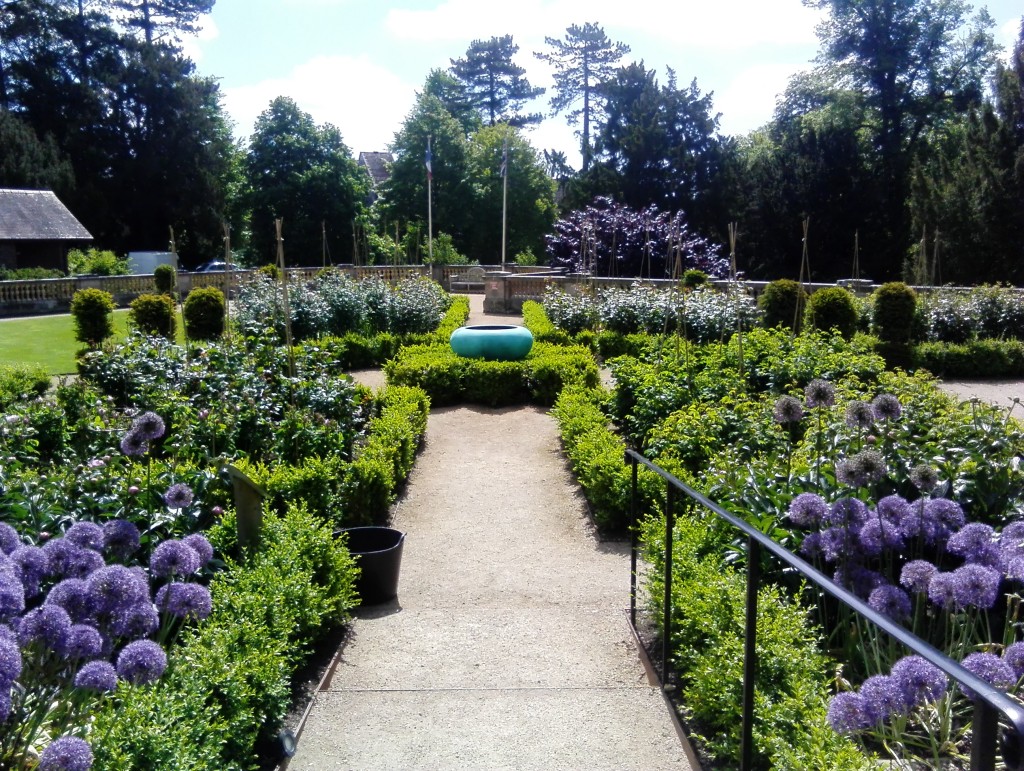 And of course took the Morgan out for another spin.